I’ve been meaning to write a blog about this for a long time. I think part of me felt like I wouldn’t do it justice, so I put it off and thought, “I’ll get to it.” Yeah, right. Well, now it’s now or never, because I have several other blogs to write about recent amazing experiences with the same crew. If you are close to me, you know what/who I’m talking about and if you are not… stay up to date on the blog and our instagram because things are really getting going. A while ago, a close friend of mine introduced me to Jay for a shoot I was looking to do at a place rich in music history. AND WHAT BETTER PLACE TO GO THAN THE AGORA!? I mean, seriously. They even had ghosts. You think I’m kidding, but I’m not. My skin got cold when I entered the basement and I couuulllld be wrong, but I thought I heard someone whisper my name. Anywhooooo, Jay took us on a tour before we got the most amazing shots and finished in front of the lit up Agora sign which was totally lit. In more ways than one ;0. 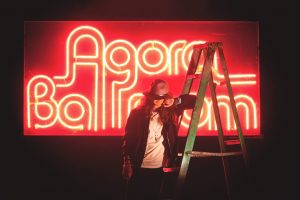 Later that week, I was sitting next to my husband watching one of our “stories” when Jay called. “Hey Amy, I don’t know if Rob told you, but we are making a film (documentary) about the Agora.” (He had) “And, we are going out to film an interview with Kiss next week.” (I knew) “We are looking for a behind the scene still photographer and were wondering if you would be available to come to the interview.” There were some more details in there, but you get the idea. I had literally started to punch Michael in the arm, repeatedly. “Yep! I’m available.” We set up the details and then I asked the most important question. “What do I wear?” I mean, we had all access passes at the arena. Do I pick my favorite band member and dress like them, full makeup? Do I play it cool.  Yes. yes… play it cool. So, I spent about an hour or five figuring what to wear… with help from friends. The day came and I was so nervous. I met Amy, the other producer, who I immediately loved and the camera crew from Clockwork 9. I can’t say enough about this crew. They are amazing at what they do. If you follow them, you know what I’m talking about. As we waited for the members of Kiss to arrive, I took some photos around the arena (we had all access passes after all.) Their guitars, their set list. It was all very exciting. Then… Kiss arrived. The minute Gene entered the door and saw my camera (I was not even that close to him), he ripped open his shirt in true Gene fashion for a photo op. Yup, this was going to be an interesting day. One by one, the guys came in for the interviews. IT WAS AWESOME. I can’t tell you much about it, but you can catch the documentary later ;). You may however look at a few photos and imagine the incredible stories they told from Cleveland and the Agora back in the day. We stayed for the concert. WHAT A SHOW! We were back stage when it started standing right next to where they enter. WOW, was that a huge freaking mistake. When the first pyrotechnics went off, I thought I was having a seizure. When I came to and realized I was still alive, we decided to watch the remaining concert from the stands. I don’t know how they can still hear anything. It’s like the 4th of July on crack in there. BUT, IT WAS AWESOME. We got totally lost on the way home and almost ended up in Michigan, because we were all chatting so much and put too much directional responsibility on Jay’s shoulders. Being brought onto this project has been such an amazing opportunity and I just cannot say enough about Jay, Amy, Clockwork 9 and the Live at the Agora production crew…. All that and a bag Cheetos (let’s be real.. they are better than chips). Stay tuned to catch the skinny. 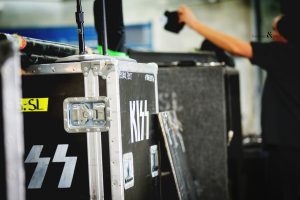 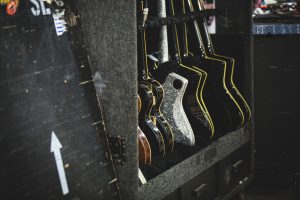 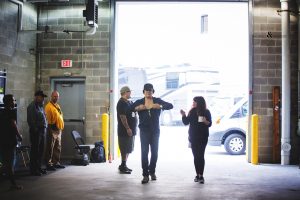 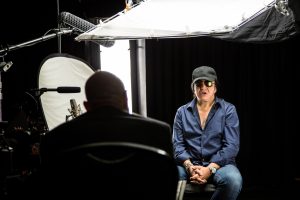 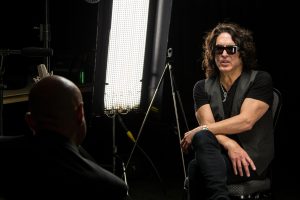 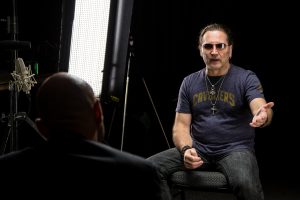 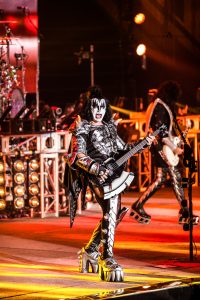 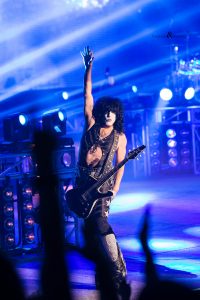 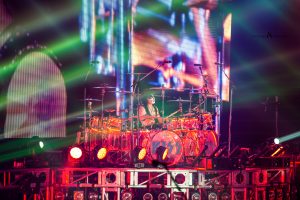 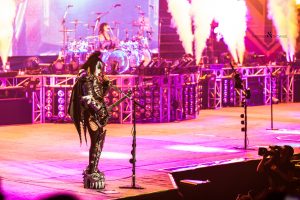